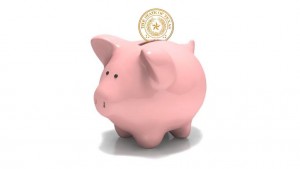 Accountability and efficiency with your tax money is a common sense expectation. But the simple truth is that watching your money in Austin is easier said than done. That is why I sponsored a bill that will strengthen fiscal stewardship in Texas government.

Here’s the background. On a rotating basis, most state agencies already go through an in-depth look at WHAT they are doing called a “Sunset review.” It’s followed by a comprehensive report with recommendations on how to improve the efficiency and effectiveness of the state agency. Then we try to pass a law to make the changes. But the sunset report doesn’t focus on HOW the state agency spends its money, doesn’t provide an itemized list of expenditures, and no budget recommendations are made to the Legislature. Not good enough, I say show us the money!

Senator Jane Nelson authored SB 68, I carried it through the House, and Gov. Abbott signed it into law. Now most agencies going through the Sunset review process will also be subject to a strategic fiscal review. The report for each agency will include justifications for each government activity, a priority ranking of activities and functions, an itemized account of expenditures, and recommendations for levels of funding. We will also look at the effect of stopping an activity an agency is doing. (Win for limited government!) Accountability for taxpayer money is a job that never ends. I was privileged to help pass SB 68, and am I committed to seeing it work for the good of the taxpayers of Texas!  Let’s get it done!

Prev:  Why Send the National Guard to the Border?
Next: Early Childhood Intervention (ECI) Services Resume in East Texas